December 9, 2019, NEDRADV. The gold mining company of Chukotka Autonomous Area “Rudnik Karalveem” has received the right to conduct exploration and mining of gold piles within the Karalveem river (right bank of Bolshoi Keperveyem river) in Bilibino district. The auction was held on December 2 in Anadyr. The organizer was Dalnedra Department (Department of Subsoil Use in the Far Eastern Federal District).

On November 8, the Luch Ice Sports Complex opened in Bilibino. The governor of Chukotka Roman Kopin congratulated the residents on this event.

After the opening, the Northern Puck hockey tournament began in which 4 teams took part: the Bilibino Luch, the Coal Mines of the Anadyr District, the Anadyr Dynamo and the District Junior Team.

This is the first indoor ice rink in the Bilibino region. In winter, they will conduct training, hockey and mass ice-skating at the new venue, and play futsal in summer.

The district administration notes that sponsors provided great support in the construction of the new site. For example, artisanal artels invested more than 22 million rubles in the rink.

Reference: The construction of the indoor site was carried out since September 2018. The total area of the structure is 2,364 square meters. The ice rink parameters are 56 meters long and 26 meters wide. At the rink there are warm locker rooms, stands, about 300 seats.

16.2 tons of gold and 75 tons of silver produced in Chukotka since the beginning of the year 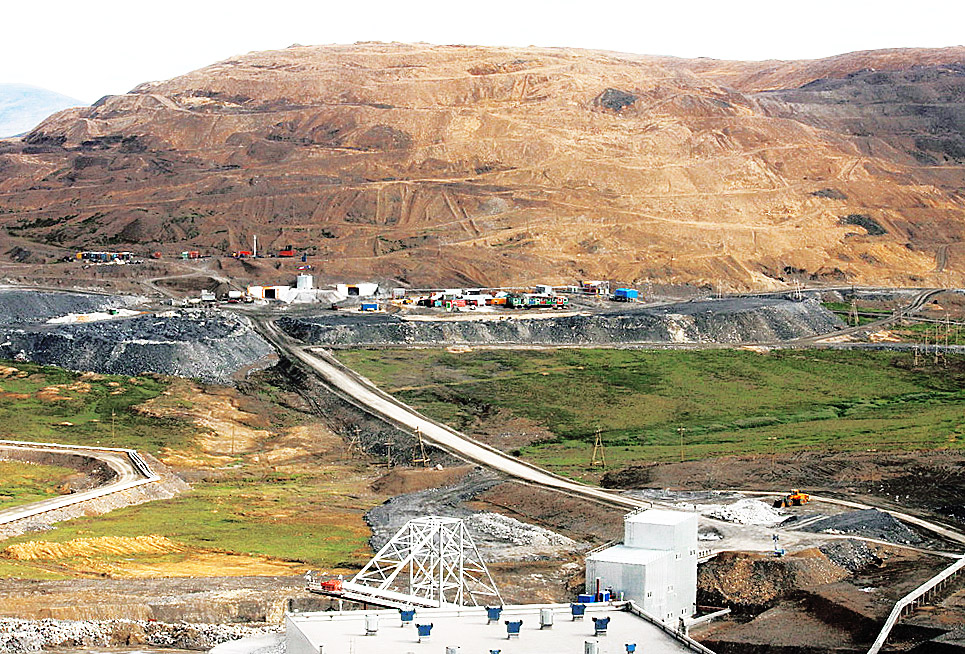 According to the Department of Industrial and Agricultural Activities, on an annualized basis, gold production decreased slightly – by 1%. Silver production remained at the level of the same period last year and amounted to 74.91 tons.

It is clarified that in January-August 2018, subsoil users reported on the production of 16.38 tons of gold. Of the total volume of ore precious metals, 14.52 tons were obtained, alluvial – 1.86 tons. Silver for the reporting period last year produced 74.98 tons.

Five gold mines are mined in the Chukotka Autonomous Okrug: Chukotka Mining and Geological Company JSC and Severnoye Zoloto LLC (part of Kinross Gold), ZRK Mayskoye LLC (part of Polymetal), and Karalveem Mine OJSC ( part of the Golden Projects Management Company), Boulder Mine LLC. Seven subsoil users mine alluvial precious metals: AS Shakhtar, AS Shine, AS Luch, AS Polyarnaya Zvezda, AS Polyarnaya, AS Mine, AS Don Chukotka.

May 28, 2019, NEDRADV. Gold trading company JSC “Karalveem mine” in the auction on May 22-23 received the right to develop three sites of alluvial gold in the Chukotka Autonomous Region. The company offered 43.659 million rubles for the site “Invisible” in the Bilibinsky district. The auction ended at step 311, the initial payment increased 485.1 times. Trading on the “Rabbit” section ended at step 132, with a final payment of 69.3 million rubles. During the bidding for the field on the creek Poldnevoy, the Karalveem mine increased the initial payment by 1.2 times, to 1.44 million rubles. In all the auctions four companies participated – LLC Siyanie, LLC ZDK Kupol, JSC Mine Karalveem and LLC TOT.

Last week, the gold, silver and platinum markets grew as a result of the weakening of the US dollar, while the palladium market continued to decline. The expectation of monetary easing by the Fed also keeps the precious metals markets from declining.

The optimism of market participants strengthened against the background of the growing likelihood of concluding a trade agreement between the USA and China. However, at the beginning of this week it became obvious that the process could be delayed at least until the end of June 2019. Geopolitical tensions remain very high, which supports the demand for precious metals.

US President D. Trump continues to criticize the behavior of the Federal Reserve, urging the regulator to lower interest rates. At the same time, representatives of the Fed heard statements that the current level of interest rates is adequate for the state of the economy, but also the regulator does not force the rate increase. This factor provides significant support to the gold and silver markets.

In Europe, continues to develop

There is a crisis over the UK exit from the EU, which led to the possibility of obtaining a Brexit delay at least until the end of June 2019, but it is also possible to postpone it to the next year.

In the past period, the stocks in ETF funds of all precious metals declined, with the exception of growing stocks in platinum ETF funds. Stocks in palladium ETF funds showed a particularly strong decline.

According to GFMS, in March 2019, the investment demand for gold in ETF funds increased by 0.2% or 3.3 tons to 2,482.8 tons. The largest increase occurred in North American ETF funds, which increased reserves by 2.5 tons. According to the CFTC report, as of April 2, 2019, all precious metals, with the exception of silver, maintained a predominance of short positions. At the same time there was a significant reduction in short positions in gold.

Last week, prices for precious metals in Shanghai at SGE slightly increased, trading volumes fell, as trading on the stock exchange did not take place on Friday due to an official holiday. The yuan exchange rate against the US dollar weakened. According to the Bank of China, gold reserves in reserves continued to grow in March and amounted to 60.62 million ounces (1,885.5 tons) or $ 78.5 billion, which also amounts to only 0.03% of the total international reserves of the country. Demand for physical gold in China over the past period fell slightly, and premiums dropped to + $ 13.0 / + 15.0 per ounce.

Last week, the gold market again declined to a strong support level of $ 1286 per ounce, after which prices sharply rebounded to the level of $ 1305, which they are still unable to overcome upwards. The accumulation of market energy at strong support levels indicates a growing mood among market participants for price increases, despite the usually seasonally weak second quarter. Silver prices in correlation with the gold market declined to the level of $ 14.92, from which there was a correction upwards to the level of $ 15.27. The ratio of gold to silver is 85.36 points. The ratio of platinum to silver is 59,206 points.

The platinum market shows strong upward movement, outpacing other precious metals markets in growth rates. Prices on the CME futures market reached $ 920 under the influence of rising investment demand, after which they dropped to $ 907.3. The spread between gold and platinum is + 392 $ / ounce. The spread between platinum and palladium is $ 478.5 / oz. Prices in the futures market for palladium last week failed to consolidate above $ 1,400, after which the price went down to $ 1298.7. Breakdown of the strong support level of $ 1300 sharply increased the probability of breaking the growing trend in the palladium market, despite the recovery in prices to the level of $ 1363.